Date Released: 10 April 1995
File Size: 630.00 MB
Publisher: Opera Software
License: Freeware
Operation Systems: Windows, macOS, Linux, Android, (formerly FreeBSD)
Category: Internet
Versions: 1.0 – 66
Last Updated: January 16, 2020
The Opera application is a popular way to perform actions such as web browsing, receiving and sending email, and downloading files through the internet. Users are able to enjoy the many different features of this program for free with their computers and cell phones.
We will refer to Opera as Opera Browser in order to avoid any confusions. It is small, fast, secure and one of the most appreciated browsers on the Internet. For me it is one of the best choice when you need to switch from your current browser to another one. It definitely deserves a chance and even if we list here older versions we would like to mention a couple of things when using an old version. 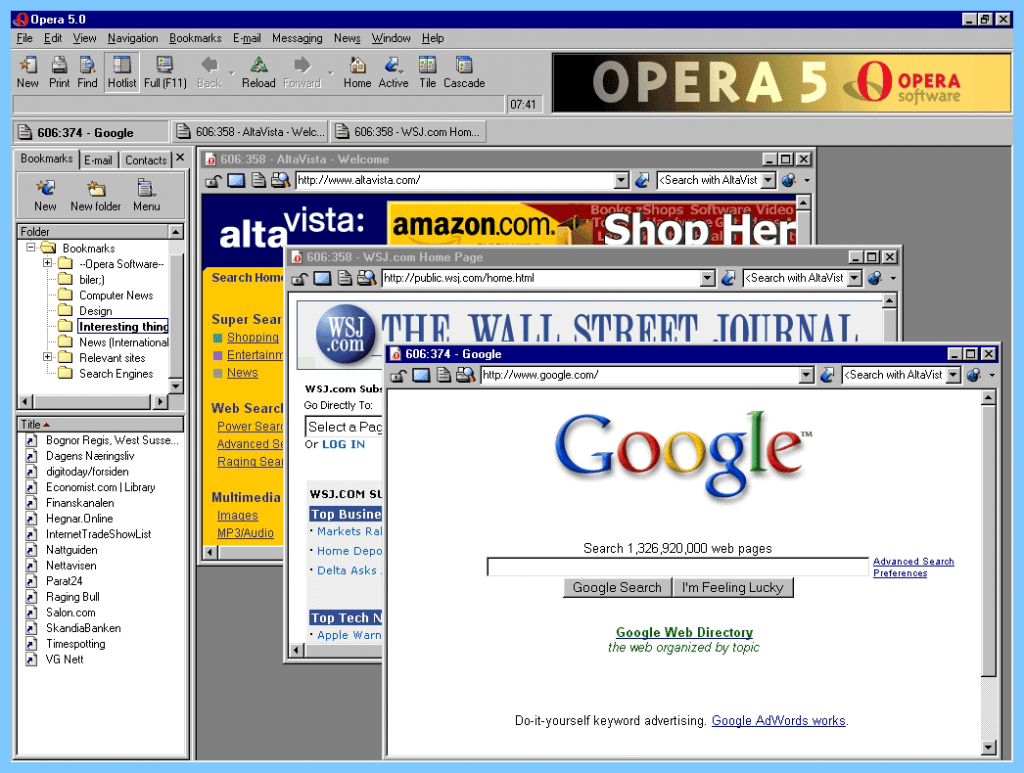 Despite a large amount of positive reviews, Opera Browser has not been able to become a powerhouse in the web browser market. Usually with only about 1% of the web browser usage market, Opera Browser has begun specializing in niche areas. Opera’s main advantage lies in its compatibility with mobile devices and gaming systems.
First released to the public in 1996 as Version 2.0, Opera Browser quickly realized the importance of being compatible with alternative sources. Opera Browser 4.0, released in 2000, was its first edition that worked with standards such as CSS1, HTML4, and XML. However, this original older version experienced some instability and bug problems, but its subsequent release, Version 4.02, solved all of those problems.
Opera really introduced itself to the general public in 2000 with the release of Opera Browser 5.02. This edition turned the program from trialware into an ad-based freeware that allowed anyone to use it without cost. This release also included features such as integrated instant messaging and hotlist panels. Later releases updated features and expanded on services offered, until Version 8.50 was released in 2005. This edition got rid of all advertising banners and made the program completely free to use. The Opera Browser 66 was released in 8 January 2020.
One of the most attractive features of Opera is its ability to be used on nontraditional platforms. Gaming systems such as Nintendo DS and the Nintendo Wii are only compatible with Opera web browsing software. Users can download specific versions of the Opera software for these gaming systems.
Opera also is known for its ability to be used on PDAs and smartphones. Extensible Rendering Architecture reformats web pages to better fit the display screen of almost any handheld device. This one-of-a-kind technology sets Opera apart from the crowd and gives them a strong hold on the growing market of portable internet connectivity.
Download
Please follow and like us: