Yahoo! Messenger is the most popular chat client in the world. This program offers users a simple way to keep in touch with friends or relatives through chat rooms, instant messaging, webcam hosting, and phone-to-PC services.

Yahoo! Messenger was originally launched under the name “Yahoo! Pager” during the early part of 1998. Yahoo! Pager combined instant messaging capabilities with email notification to provide real-time communication between computers. No significant updates were made on the program until 2004 when Version 6.0 dropped support for Windows 95 and Windows NT. 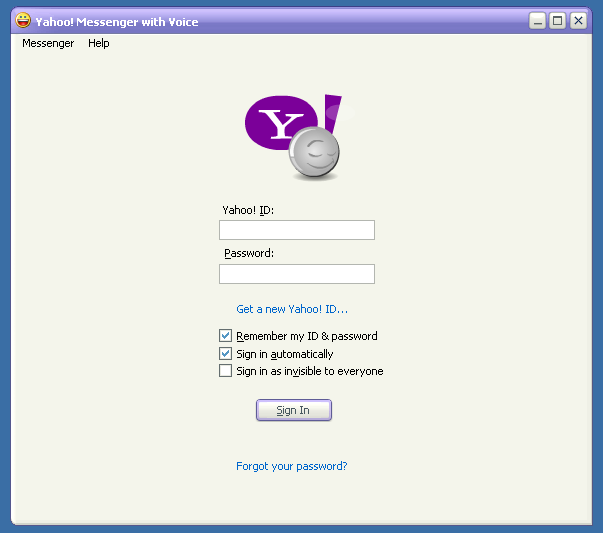 However major changes were made when version 7.0.0.426 was released in 2005. The updated version also brought about a variety of new ringtones, emoticons, and spam reporting skills. Version 7.0 solidified Yahoo! Messenger as a serious contender in the instant messaging arena by launching an assortment of services that its competitors did not possess at that time.

From that point, Yahoo! looked to give more power to the users of the program by setting up a gallery for any user-created plug-ins. These plug-ins can be used on Version 8.0 or later. When version 8.1.0.195 was released in 2006, the program was once again renamed, this time to “Yahoo! Messenger.” Recent editions of Yahoo! Messenger 9.0 have featured new applications like call forwarding, customizable appearances, voicemail delivery, and an in-line media player. Yahoo! Messenger has come a long way from its early days, and its focus on current trends keeps it a frontrunner in the instant messaging industry.