Date Released: December 4, 2000
File Size: 33.00 MB
Publisher: Free Peers, Inc. MusicLab, LLC.
License: Freeware
Operation Systems: Microsoft Windows
Category: Sharing
Versions: 1.0 – 10
Last Updated: February 1, 2020
BearShare is the free version of BearShare program which allows music lovers to share files in a variety of formats. Now run by Microsoft Windows, BearShare was created by Free Peers, Inc. BearShare Lite does not bundle spyware applications as a revenue stream, as the advertising supported version does, and is free for users, unlike the Pro version of BearShare.
BearShare is a peer to peer file sharing program that allows you to view other users profiles including photos and music library, you can also leave comments or send private messages to any of your friends. It supports lots of mp3 players. BearShare has an friendly interface that you can customize the way you like. You can download music from millions of BearShare users and also to share your songs in an 100% legal environment. Bearshare has a powerful search engine integrated and lots of useful tools to share and listen music. 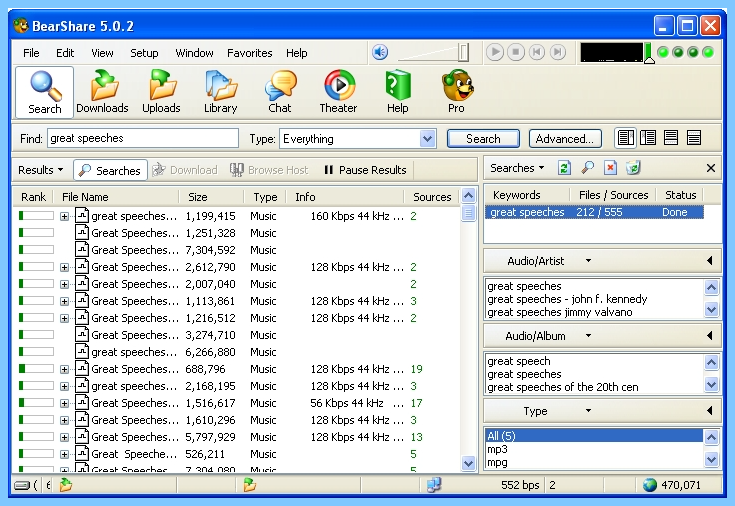