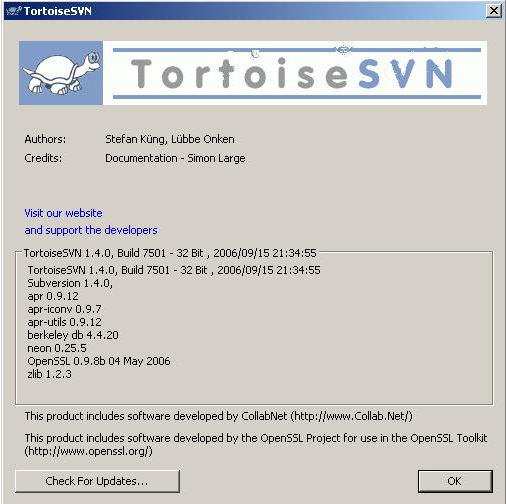 You can use TortoiseSVN with your Microsoft Windows computer operating system, although you may need to download a previous version of the software if you use an older version of Windows, such 95, 98, ME, XP, Vista, Windows 7, or Windows 10. TortoiseSVN 1.13.1 is the most popular previous version, as it is stable, and provides some good features not available in the earlier versions.
TortoiseSVN 1.13.1 allows you to track the history of your file merges and commands through a log. You can record and use the merge history to avoid the common problems of the repeated merge that web developers hate. This older version allows for repository dump / load and has the capacity to re-create the merge history index.  When working on a branch, the program tracks each revision and will automatically omit the already merged revisions when completing a group merge in the Subversion tool.
In the previous version 1.13.1, the program can use SASL (Simple Authentication and Security Layer) to enable authentication and data encryption. You can use Anonymous, Cram-MD5, Digest-MD5, LOGIN, and NTLM SASL authentication methods with TortoiseSVN 1.13.1. This means you can secure your data as you transmit the data over the internet without setting up an SSH infrastructure.
TortoiseSVN integrates with Windows Explorer, so the user interface is familiar and easy to navigate. With TortoiseSVN you can control the depth of a checkout by selecting an option of which files to merge or move. You can select fully recursive to merge every file, immediate children, including folders, to merge the files under that particular branch, only file children, or only this item.
Download the previous versions to have stable source control software that enables you to control the merges and documents when developing a website. With an easy to use and familiar user interface, you will have no difficulty in navigating the branches of your sources for the final merged documents with TortoiseSVN.
Download
Category: DevOps
Tag: Old Version of TortoiseSVN
Recent Posts