Date Released: April 3, 1995
File Size: 229.00 MB
Publisher: RealNetworks
License: Freeware
Operation Systems: Windows, macOS, Linux, Solaris, Android, Symbian, and Palm OS
Category: Media
Versions: 1.0 – 18.1
Last Updated: January 18, 2020
RealPlayer is a free media player that has a lot of unique features that allows you to download videos from thousands of sites. You can build your own video library playlist. RealPlayer is able to transfer media from your pc to your portable devices like iPods or mp3 players. You can listen your favorite radio trough internet using this software and also burn your favorite CD-s. It plays almost all audio and video formats. We think RealPlayer is one of the greatest multimedia software and also is very fun and easy to use.
RealPlayer software is a user-friendly media player that supports an assortment of different music file formats and allows for the easy management of both audio and video files. First introduced in 1995 as RealAudio Player, it has since developed into one of the leading media players on the market. 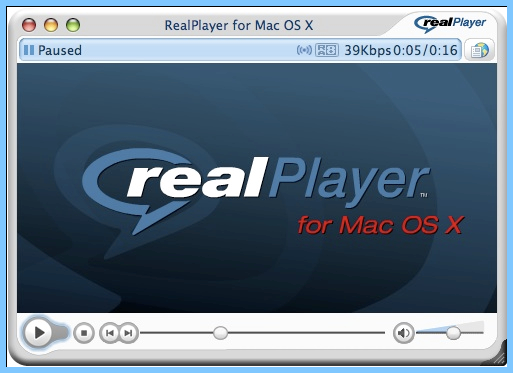 The original version of RealPlayer distinguished itself from competitors by becoming one of the first media players that was able to effectively stream media through the internet. This ability of RealPlayer’s older versions to stream media propelled it to widespread success and established it as a pioneer in the media industry. Also included in many older versions of RealPlayer is a feature called Live Pause which allows users to pause live audio or video streams without stopping the media from loading.
One of the most attractive aspects of RealPlayer is the wealth of options that are available to users. A media library, or RealJukebox in older versions, provides an easy way to manage and organize audio tracks. In addition, RealPlayer’s Windows edition includes a media browser that lets users listen to music while browsing the internet. Users can select their own playlists, continuously play certain tracks, or let RealPlayer randomize the song choice.
Through a variety of different plug-ins, RealPlayer enables users to do functions such as downloading videos through Firefox or listening to radio stations that were created specifically for RealPlayer. Over ten different visualizations are available for use, and people can customize the appearance of the player through the SkinsEditor plug-in. This optional function even works on older versions and RealJukebox and gives users the power to create the look and feel of the RealPlayer software.
RealPlayer also includes a Media Store which allows users to buy and download music directly into the media player. Starting with an older version of this software called RealPlayer 10.5, the Media Store became compatible with many popular portable media players including the Apple iPod. A variety of media formats, such as MP3, WAV, AIFF, AAC, and M4A, are supported by the software so users can simply rip music from CDs into the program as well.
We have found several security issues regarding RealPlayer version 10 that has a Remote Denial of Service Exploit inside; also RealPlayer version 10.5 has a Internet Explorer Denial of Service Exploit and a SWF Buffer Overflow PoC inside and RealPlayer version 10 has a File Local Buffer Overflow Exploit ; so we decided that those versions won’t be included on our website.
All our RealPlayer versions were scanned with several antiviruses before adding them on this website.
Download
Category: Media
Tag: Old version of RealPlayer
Recent Posts