Date Released: December 16, 2000
File Size: 12.90 MB
Publisher: phpBB Limited
License: GNU General Public License version 2
Operation Systems: Microsoft Windows, Linux, etc.
Category: DevOps
Versions: 1.0 – 3.3.0
Last Updated: February 1, 2020
phpBB is one of the most popular open source Internet forum packages available on the market. This program allows users to customize specific Internet discussion boards to suit their own needs or the needs of a company.
php Bulletin Board was first released in June of 2000 as a private solution for a personal need. However, when the program began gaining widespread popularity, an official release, version 1.0, was made in December of 2000. This version received much attention and forced the release of version 2.0 less than two years later in April of 2002. 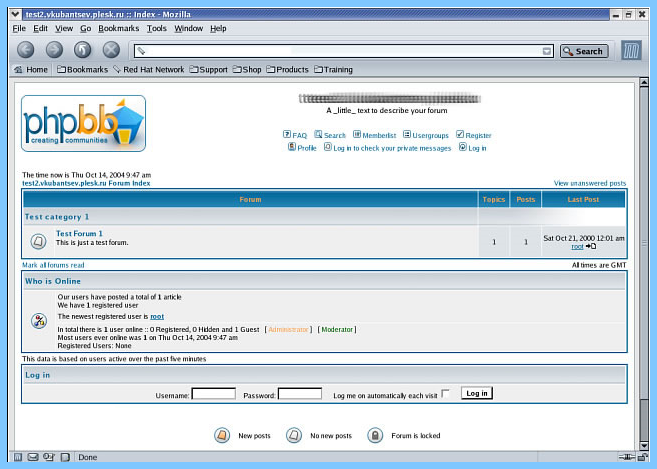 Version 2.0 of phpBB included features such as a language pack that supported 49 different languages and an extensive administration board. Users of this version can customize just about any feature of the program without prior knowledge of the code or without having to touch the code at all. The far-reaching capability of phpBB 2.0 really puts the user in control of the program. Also included in this release was a template system that keeps the HTML code apart from the PHP, thus simplifying what could be a complicated and messy aspect of the forums.
In 2007, phpBB 3.0 was first released to the general public. This update included support for many different database management systems such as MySQL, Oracle, Virtuoso, and Microsoft SQL Server. These new features made the program even more dynamic and allowed it to support a broader range of systems. Version 3.0 also incorporated new designs for the Administration Control Panel and the User Control Panel as well as the ability to create custom profiles.
With easily navigable and customizable features, phpBB has captured a large portion of the internet forum market, and its strong reliance on these popular elements keeps it as a top-notch program.
Download
Category: DevOps
Tag: Old Version of PhpBB
Recent Posts